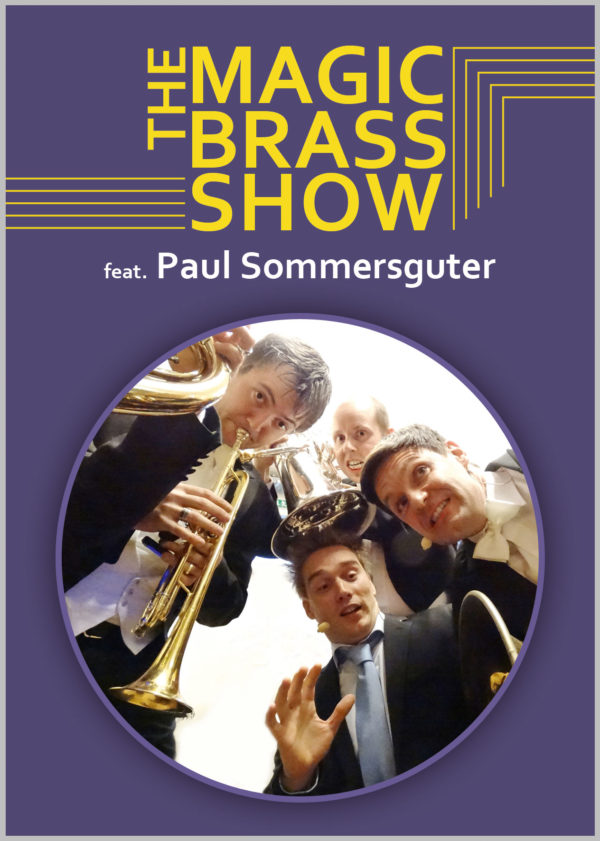 Magic vs. Music – a very different Concert! What are you going to witness at this evening? A wonderfull Concert? Or an amazing Magic Show?

The organizers's nightmare came true! One evening, one audience, one show - but two artists that are both trying to win the audience on their side! A mistake done by the organizer or just a very clever concept?

On one side a great Brass Quintett (Robert Ederer, Michael Lugitsch, Manuel Lichtenwöhrer, Alexander Ladreiter, Siegfried Koch) that are trying to win the audience with jazz standards, classic and contempory music, on the other side the award-winning magician Paul Sommersguter that invites the audience into his world of amazing Magic and Illusions...

On stage these six gentlemen are uniting eight finished studies, various awards, international engagements, one vize-european champion, two titles of Austrian champion and even one lawyer. Quite a lot for just one evening...

THE MAGIC BRASS SHOW – an evening of comedy and self-mockery. Amazing Music and award-winning Magic united in one show that promisses you having a great time!